It’s mid-March, 2020. Everything is closing down, more and more people are getting sick and even dying, and the sense of uncertainty is thick in the air. While a lot of companies across the nation and the globe were able to stay open by having their employees work from home, there are certain industries, such as dental offices like yourself, that weren’t so lucky. 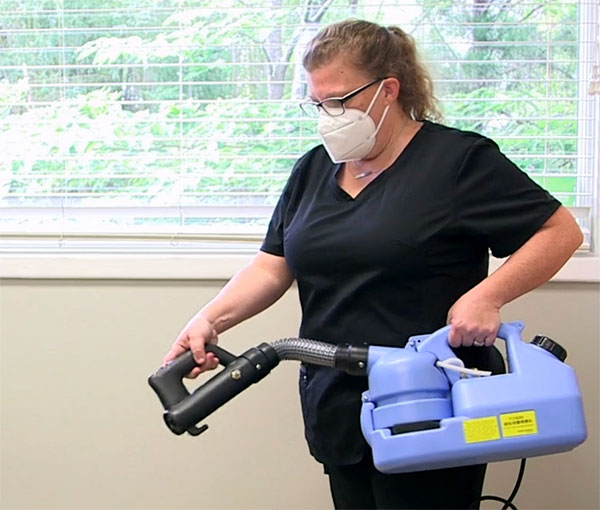 This is exactly where Dr. Garrett, DDS, a dentist’s office in Wilmington, NC, found themselves. They knew that people still needed a dentist during the global pandemic, but that they would still be (understandably) EVEN MORE nervous about venturing outdoors and into a dentist’s chair than usual.

While this was a daunting task, instead of closing down their practice or twiddling their thumbs, they decided to make some significant changes in their office, including installing a brand new air filtration system from Medify and injecting the ADA Guidelines for re-opening offices with steroids. One employee told us that their Covid precautions were so stringent, that she actually felt safer in the office than she did at home!

What they did was astounding. Now, their only issue was figuring out how to communicate the measures they took to clients and potential clients that were neglecting their dental health because of their fear for Covid, which is when they reached out to Nextwave Concepts.

Getting the Word Out

Unfortunately, that didn’t gain much traction.

Instead of being bummed about a “failure,” however, we instead considered it to be an opportunity to improve. That’s the beauty of ads: Nothing is set in stone, meaning you can always adjust the offer until your ads produce the desired effect. Which is precisely what we did.

We knew that the actions Dr. Garrett took to ensure the safety of their patients during Covid was stellar, so it was just a matter of finding the right offer to draw customers in.

After scratching the BOGO idea, we decided to offer one of two dental services for free with a teeth cleaning.

The ad budget was on the lower end of what we recommend ($125/week), but with the updated offer we were able to get 16 leads in 18 days. There’s no online booking system and we didn’t have call tracking set up, so there was room for better conversion and tracking, but out of those 16 leads, at least four booked.

Wilmington NC Smiles has been in business for quite a while now, so they know have been able to calculate Lifetime Value of a new patient: $400 per year, and the average patient stays with the practice for 10 years.