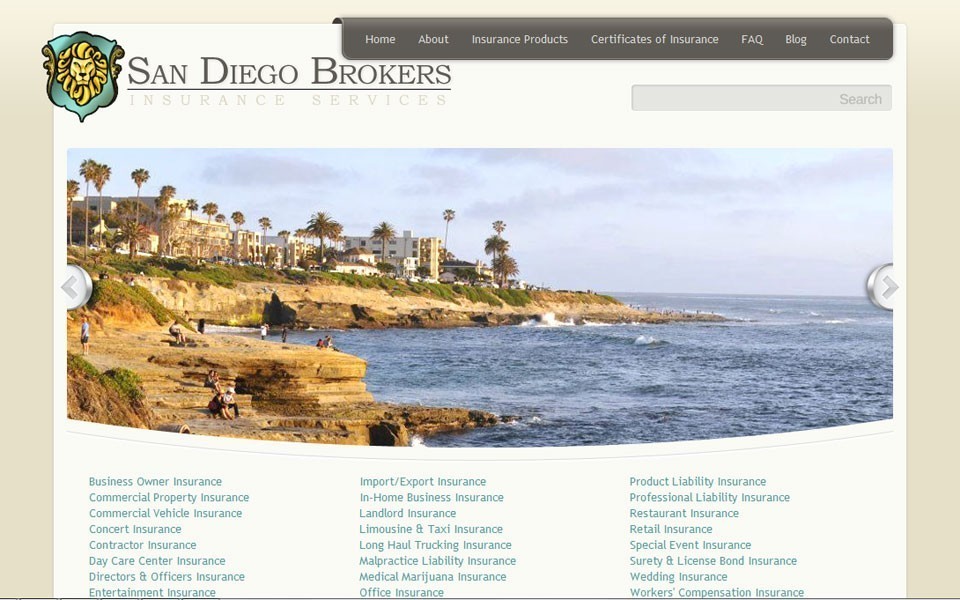 We were contacted back in December about creating a website for San Diego Brokers Insurance. The bulk of the site was set up pretty quickly, but there was a bit of discussion on how best to go about utilizing the 25 insurance forms on the site, which pushed back the “go-live” date a bit. At this point, the site has actually been done for quite a while, but we wanted to wait until the client sent us a nice image relating to San Diego to cap off the homepage. We received that today, put it up, and would now like to announce the site’s launch.

The site features a blog for insurance articles and company news and 25 forms for the various kind of insurance they can provide. It is also set up to be search engine friendly as we’ll be starting a search engine optimization campaign for it in the near future.

We also created a logo for the website. The client wanted a stylized lion’s head for his logo, but wasn’t sure exactly how he wanted to incorporate it. We added a shield to it, playing on the protection insurance provides and then added some color to make it stand out. Special thanks to graphic designer Christine for help with drawing the lion’s head.